How to Understand Circuits 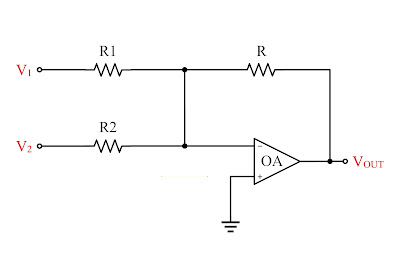 In 2007, I joined Wikibooks and started "my life work" Circuit Idea - a novel electronics wikibook intended for creative students, teachers, inventors, technicians, hobbyists and anyone who is not satisfied by formal circuit explanations. It is intended for people who really want to grasp the basic concepts of electronics by relying on their human imagination, intuition and emotions rather than on pure logic and reasoning. Inventing novel electronic circuits is a result of human fantasy, imagination and enthusiasm. Abstract electronic circuits are based on clear and simple ideas, which we can derive from our human routines. In order to really understand how circuits operate, we have first to reveal the basic ideas on which they are based. We just need to know what problem electronic elements solve, why they are soldered together, what they actually do in the circuit, how they do it, and more. As human beings, we just want to "see the forest for the trees." Circuit
Post a Comment
Read more 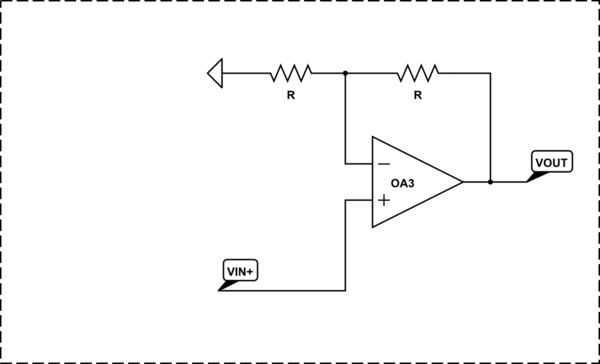 It was a challenge for me to show the basic idea behind the  transistor differential amplifier (figuratively named "long-tailed pair")  by building and reinventing it step by step.  But it is a bigger challenge to show the idea behind the more sophisticated  op-amp  amplifier stages: non-inverting amplifier, inverting amplifier, differential amplifier and finally, instrumentation amplifier.   I will do it here in the same inventive way  by building them step by step and revealing the idea behind them. I have been using this approach in my classes with my students in Basic Electronics since 2004. I have also published a paper  What is the idea behind the op-amp instrumentation amplifier?  in the section of  Electrical Engineering  of  Codidact . Building the circuit structure The classic circuit of the op-amp instrumentation amplifier is an example of an ingenious circuit solution. The best way to show it is by reinventing the circuit step by step. Here is my "building s
Post a Comment
Read more 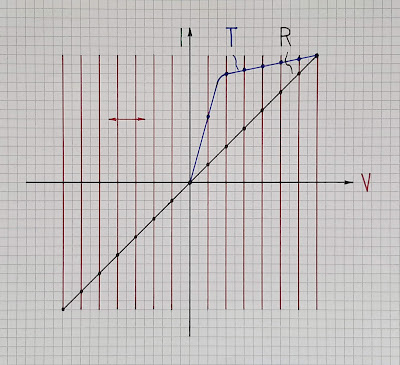 In my previous story , I told you how my students and I made simple curve tracers in the laboratory and used them to study the IV curves of various 2-terminal elements (resistors and diodes). Now I will show you how, in the next exercises, we improved our devices to be able to study transistors. As I have already said, such professional devices exist both for the study of diodes and transistors but they are closed and their internal structure is inaccessible to students. That is why, again I preferred that they design and make curve tracers themselves to understand them. I have been using this approach since 2015, when I had to organize and lead the laboratory exercises on Semiconductor Devices in the ITI department. I have also written this story in Bulgarian . Transistor IV curves Transistors are semiconductor elements with three terminals - base , emitter and collector . To get their IV curves, we decompose them into two 2-terminal "elements" - input ( base-emitter ) and
Post a Comment
Read more
More posts