Showing posts from December, 2020
Show all

How to make/describe an element with negative resistance of minus 1 Ohm?

- December 25, 2020
My comments to SE EE question  How to make/describe an element with negative resistance of minus 1 Ohm? New intrigue emerged in EE... Let's see what will happen there... My comments Do you really want to understand how to make a negative "resistor" with resistance -R? If so, think first and tell me what you want (can) use it for. If you can explain me that, you have done half the work... And what is the idea of this circuit? What does it do? What is the point of using it? I deeply doubt that the OP will understand something of what is written here... I agree with you... but my doubt was if OP would understand it. I perfectly understand you and know what is the point of this. But I know it from before. The idea of ​​what we write here is OP not only to be able to make it but also to understand what he/she has made... Can you explain what it means "to get a negative number" in terms of circuits? What is it physically? What does it do? Why does it do it? Because he
Post a Comment
Read more

Charging of capacitor in RC circuit 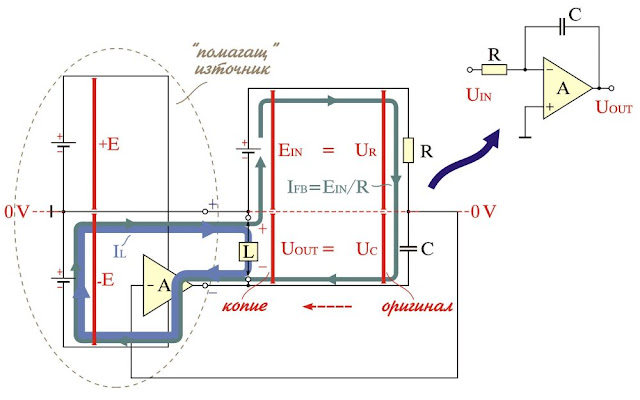 My answer   to SE EE question  Charging of capacitor in RC circuit There is a great idea on which all op-amp inverting circuits are built. I can not stop discussing it when I come across a circuit solution in which it can be seen. Maybe the reason for this is that no one wants to see it... but it is so great that we can see its manifestations all around us. This is what happened today when I saw this question in StackExchange EE. Answer My answer will be a little unexpected for you because I will answer not "why not linear" but I will show how it can be made linear. In fact, this is the goal in most cases of practice; exponential relation, with few exceptions, is undesirable. The trick is extremely simple if only you can guess. The voltage VC across the capacitor does not linearly change because it is subtracted from the input voltage (it is a loss) and the current decreases - I = (VIN - VC)/R. So we have to compensate this voltage drop. For this purpose, we connect a variabl
Post a Comment
Read more 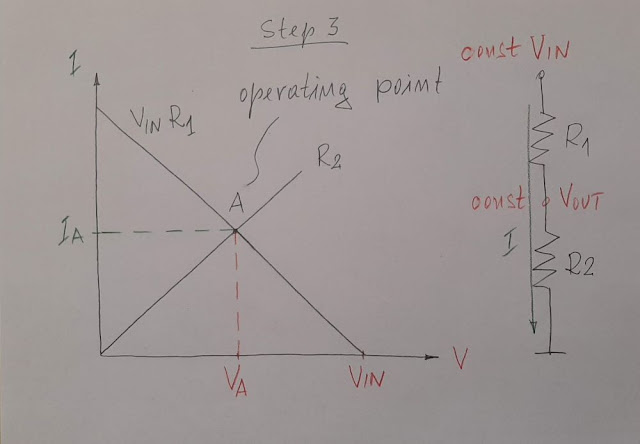 My answer   to SE EE question  Common-Source Amplifier This answer was asked yesterday. The situation was well known to me - a circuit is taken from Razavi's book which of course is misunderstood because this is not the place where one can find clear and simple intuitive explanations. Here, however, it was a question about CMOS - the component basis of today's electronics. And I had to take a stand. So, I woke up early, it wasn't dawn yet... and I started typing on my phone in bed... Answer Intuitive explanation Basic ideas. Electronic circuits, like any human creation, implement basic ideas... concepts... and to truly understand circuits, basic ideas behind them must be seen. These ideas are simple, clear and intuitive; they are a result of the human imagination in the mind of inventors. Their specific implementations require a lot of additional knowledge and details... but ideas themselves are simple and understandable to everyone... Complementary idea. Such a powerful
Post a Comment
Read more

Can we declare Schmitt triggers to have memory? Can we call their output levels states?

- December 22, 2020
My answer   to SE EE question  Can we declare Schmitt triggers to have memory? Can we call their output levels states? An interesting question asked a week ago that made me think again about this phenomenon... I was able to write my answer before it was closed with the reason "opinion-based"... Answer The hysteresis phenomenon caught my attention in the early 80's when I invented a magnetically controlled electric switch and later applied it as an ARM/DISARM device in alarm systems. I have been thinking for a long time about the philosophy behind the legendary circuits of Schmitt trigger, RS latch and SRAM memory cell... and what they have in common. Ten years ago, I revealed the fundamental idea of making a hysteresis on the Wikipedia page about the Schmitt trigger . This question, the comments and answers below it, made me think deeply about all this again... and today the picture became clearer. This made me feel as excited as any other time when I realize a great circ
Post a Comment
Read more 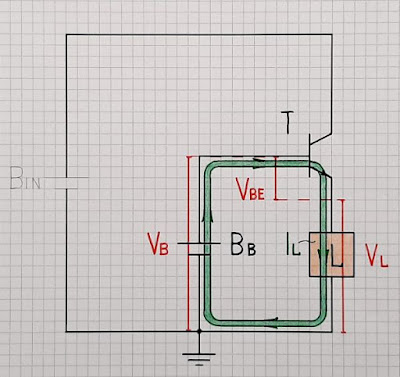 My answer   to SE EE question  Emitter current My initial enthusiasm for the new Codidact platform began to wane for a number of reasons that I will analyze in another post… and gradually, I started to cooperate actively in StackExchange EE again. Yesterday, something very interesting happened there - a question was asked that occupied me in the early 90's ... and then it led me to an inventive power supply solution. I even reviewed it in a Codidact article two months ago. The question was about what happens in an emitter follower when the collector of the transistor is disconnected from the power supply but the input source stays connected to the base (not so typical situation). It struck me that OP was willing to understand this phenomenon... but the answers he received, as usual, were quite specific. And I decided to answer the question... Yesterday, I was thinking about my answer... and I was assembling it mentally. I was very enthusiastic about the interesting topic. But in t
Post a Comment
Read more

My thoughts extracted from a discussion with TL Fong

- December 21, 2020
At the beginning of last month, I had the good fortune to meet TL Fong in SE EE. A very interesting discussion started between us which continues to this day and has no prospect of ever ending... Obviously we liked each other and encouraged each other to generate new circuit ideas. Our conversations somehow multiply my creative abilities... make me think, over and over again, about great circuit ideas... understanding them better... and finding better explanations... Interesting thoughts are born during our discussions and I decided to extract and collect my most significant "pearls" in this post. They are numvered, subtitled and arranged in a chronological order from earliest to latest. My thoughts My philosophy. I am by vocation an inventor, a teacher and above all a "circuit thinker". I try to find basic ideas behind circuits... and it takes me years. Then I explain circuits by building (reinventing) them step by step and showing their evolution. I do it by us
3 comments
Read more

Is it possible for one transistor to switch between two loads? 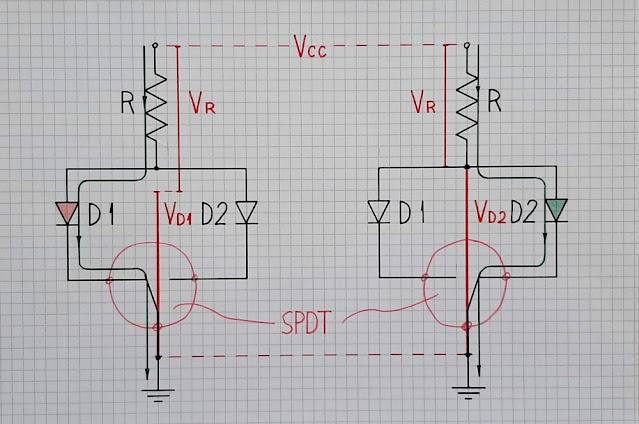 This is my answer  to my first Codidact question  Is it possible for one transistor to switch between two loads? When, two months ago, I accidentally found out about the new  Codidact  platform, I was happy and decided to take part in it. I wanted to mark this event with an interesting question that would arouse the interest of visitors to the new platform. Thus I remembered an interesting inventive idea from the distant past that then brought me a patent. My idea was simple. In 1984, I got a patent for an LED voltage indicator where two transistors controlled three LEDs. Now, inspired by the new EE platform, I began to realize the idea in a more general way and to think about it. That is how the idea for this question was born… Briefly, an LED is supplied by a current and is lit. An SPST switch (transistor) connects another LED with lower VF in parallel. It diverts the current of the first LED, turns it off and lights up. As though, the first LED acts as a NC SPST switch that compleme
3 comments
Read more

How to create current sources 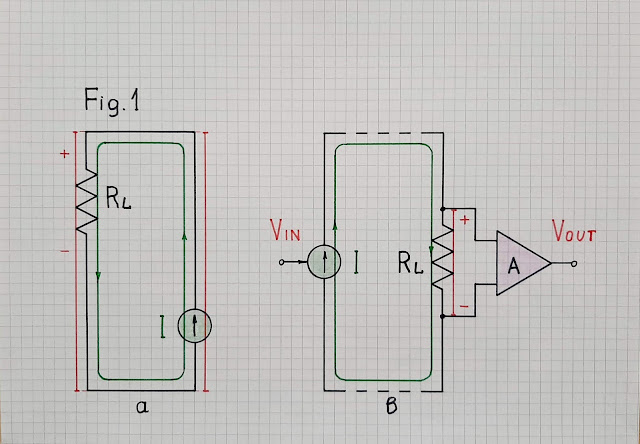 My Codidact paper  How to create current sources Paper Background Constant current sources (simply, current sources ) are useful and necessary devices. They are widely used to drive LEDs, charge capacitors and batteries, bias differential amplifiers, etc. The only problem is that... there are no such devices in nature; almost all of sources are (constant) voltage sources. So we have to make them. Many specific circuit solutions of current sources are considered in web and books. But it is interesting to see the general ideas on which they are based… the “philosophy” behind them. If we know it, we will be able to understand completely unknown circuit solutions… and even create new specific current source implementations. So what are the basic ideas behind current sources? How are they implemented in practice? Why are they implemented exactly in such a way? What do active elements in these circuits do? What functions do they perform? Story implementation I will expose my philosophy in a
Post a Comment
Read more
More posts